Thank you to Edelweiss and Blackstone Publishing for providing an ARC copy of this novel in exchange for an honest review.

The living cannot be allowed to infect the dead.

Adam Binder has lost what matters most to him. Having finally learned the true identity of the warlock preying on his family, what was supposed to be a final confrontation with the fiend instead became a trap that sent Vic into the realm of the dead, where none living are meant to be. Bound by debt, oath, and love, Adam blazes his own trail into the underworld to get Vic back and to end the threat of the warlock once and for all.

But the road to hell is paved with more than good intentions. Demons are hungry and ghosts are relentless. What awaits Adam in the underworld is nothing he is prepared to face. If that weren’t enough, Adam has one more thing he must do if he and Vic are to return to world of the living: find the lost heart of Death herself.

Deadbeat Druid just didn’t hit it out of the ballpark for me the same way the first two books in this series did. White Trash Warlock and Trailer Park Trickster both made my best of the year list for last year. (This was before I had a blog!) I think my biggest problem with this book is the setting. The majority of this book takes place in the Underworld. This is a huge change from the last two books — both of which spend a great deal of time in our world. I missed seeing the characters interact with familiar things, instead everything was twisted or changed due to the setting. This is a paranormal book — and with that (for me) comes expectations that this will mostly be in the real world.

I love Adam Binder as a character — someone who feels real, someone who worries about the same things I do, but also someone with a decent amount of magic. His journey has been an extremly rough road, but it hasn’t turned him into a mean person. Actually, a lot of the characters in this series have lived out hard, hard lives. Its the nature of the Binder family, I think. Slayton does a fantastic job making you feel for these people, and wanting them to either face the consequences of their actions, or get what they need most.

I also love Adam and Vic together. This was another reason why this book didn’t work as well for me. Vic and Adam spent most of this book separated. Actually, the whole plot of the book was Adam trying to get to Vic, but still. I missed their interactions badly.

Despite my so-so rating of this one, I do highly recommend the series as a whole. This is a gay paranormal romance series, and as I mentioned before, the characters are fantastic. Three and a half stars.

Add to your Goodreads, or preorder at at the following links: 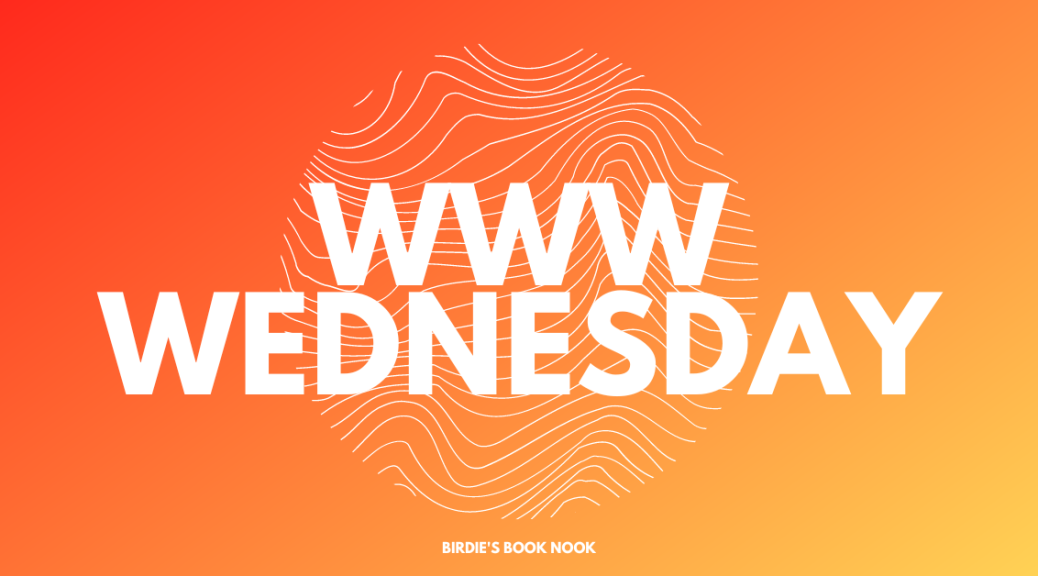 Well, back to another night of absolutely no sleep thanks to our toddler. Will woke up at 11:45, and did not go back to sleep until after 4:00. He only slept when he was touching me, so we had to make use of our spare bed. Which was fine. It’s fine. It’s all fine. God, I’m tired. I hope your night went much better than mine, friends.

This meme is hosted by Taking on a World of Words. It’s super simple — all you do is answer the following questions.

I am finally reading What Moves the Dead! My turn at the library came up, and well, it’s a short book. I should knock this out in a matter of hours. I finished up Deadbeat Druid last, and found it…interesting. I’m not sure how I feel about this book yet. It’s extremely different than the first two in this series, which is why I’m having a hard time deciding. Next, I think I’ll dive into my ARC of Husband Material, as it comes out next week!

What are you currently reading?

HE SLEPT THROUGH THE NIGHT LAST NIGHT. Thank the gods. The gods, Children’s Motrin, and getting bumped up to the next dosage because he weighs more now. 🙌🏻 HALLELUJAH FOR SLEEP. 🙌🏻 Will’s still miserable, but at least the Motrin should actually nip the pain in the bud before it gets bad.

Top Ten Tuesday was created by The Broke and the Bookish and was moved to That Artsy Reader Girl. The topic this week is BOOKS FROM PAST SEASONAL TBRS I STILL HAVEN’T READ. I’m guessing I’m going to have way more than 10, but we’ll see. Also as a note — I’m pulling these books from my monthly TBRs as well as seasonal TBRs. So, let’s take a look and see what we’ve got:

Okay, so there really isn’t that many. I’m honestly surprised. I’ve been doing better than I thought! Someone get me a prize! There’s a few arcs (Small Angels, Deadbeat Druid, The Kiss Curse) and a bunch of already released books I need to get to!

How many books do you still need to get to from past TBRs?

Hi everyone! I hope you had a good holiday — if you celebrate / happen to be American / happen to have July 4th off. I wouldn’t say we celebrated — we were just outside all day to my toddler’s extreme happiness. Now that we’re all exhausted from being in the sun, well, here’s my Top Ten Tuesday post!

Top Ten Tuesday was created by The Broke and the Bookish and was moved to That Artsy Reader Girl. This week’s topic is MOST ANTICIPATED BOOKS COMING OUT IN THE SECOND HALF OF 2022. That’s a mouthful of a topic this week, but one that’s rather easy to fill out, honestly.

Most of these I haven’t read yet, but the first three I have! My review for The Undertaking of Hart and Mercy will be out later this week, so keep an eye out for it. I absolutely adored that book. I’m stupidly excited for The Lost Metal — it’s a Sanderson book set on my favorite world of his! And don’t even get me started on A Dowry of Blood. I’m desperately hoping for an ARC of it, still, but who knows. I probably won’t get one. The rest of these books, well… I’M JUST REALLY LOOKING FORWARD TO THESE, OKAY? Do we share any of the same books? Let me know! 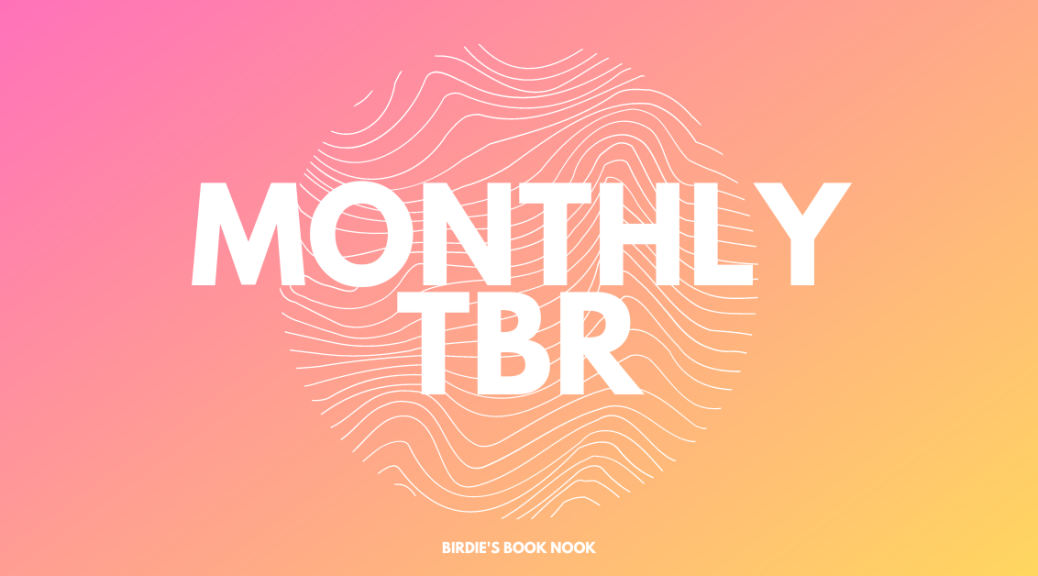 IT’S THAT TIME AGAIN — time to pick out a TBR for the upcoming month. Can you believe it’s already July? I sure can’t. I don’t really want to think about that, honestly. Time is going by way, way too fast. ANYWAY — the following is my TBR for the month. You’ll notice its a little shorter than the last couple TBRs bc I know I’ll end up mood reading something that’s not on this list.

The top four books are ARCs that I need to get to, the bottom are backlist titles that I’m looking forward to reading! Hopefully, I can get around to them this month!

What are you going to read this month? Do you have any of the same books on your TBR?

Top Ten Tuesday was created by The Broke and the Bookish and was moved to That Artsy Reader Girl. This week’s topic is BOOKS ON MY SUMMER 2022 TBR. I have quite a few, but these are the ones I’m really dying to read. Most of these (six of them, to be exact) are actually ARCs or copies publishers have sent to me to get me ready for other books to be released.

Have you read any of my TBR? What are you looking to read this summer?

Wondering who the heck I am? Check out my announcement.